Son disappears with father’s future wife for his own advantage

Love has some rules in Gokwe! Motion Nyoni (24) found a soulmate in Locadia Tshuma and he decided to take her to meet his father Marandu Nyoni before going ahead with lobola negotiations.

However, when he took her home he learnt that his father was also Tshuma’s given husband. Motion’s mother who passed away four years ago left a will giving Marandu permission to marry Tshuma when the time came.

With Tshuma being Marandu’s “inheritance wife” traditionally, Motion was meant to let go. This worried Marandu who took the matter to Chief Njelele but sadly for him there won’t be a traditional court to solve the matter because Motion and Tshuma have since fled to South Africa.

“Marandu’s wife left a will before she died. In the will she stated that Marandu should marry her brother’s daughter after her death, and that daughter happens to be Locadia Tshuma who is also Motion’s long time girlfriend,” said Chief Njelele.

“He was not supposed to run away because of the matter. We should settle it like real men. I’m a traditionalist — It’s wrong for me not to follow my late wife’s wishes. All along l was patiently waiting for Locadia to grow up since she was still young,” Nyoni told B-Metro. Marandu wants his given wife but says his son should understand that it’s not anyone’s problem.

“Motion had come back from South Africa to introduce his girlfriend as well as to pay lobola. It’s not anyone’s fault,” said Nyoni. 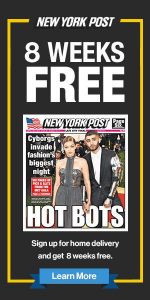